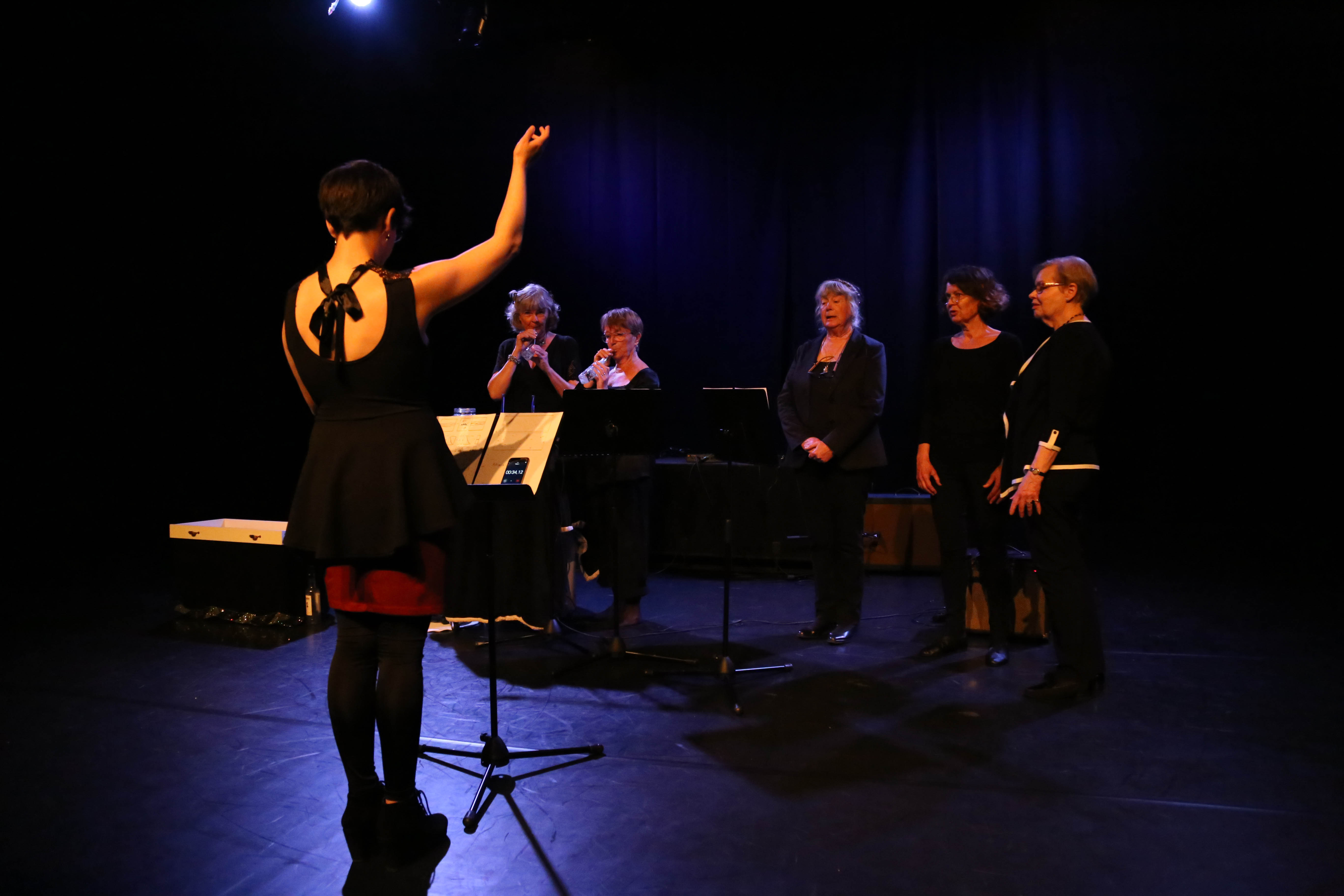 In the last weekend of may 2017, Konstmusiksystrar arranged the very first Sound & Gender Festival at Atalante. For Konst:it it was an incredible honor to make our debut at such an iconic venue! We premiered a 2-part suite of seven movements with vocals and objects, for which we built an installation of glass and water. Our debut was absolutely magical, we hade so much fun and are grateful to have been part of this amazing event! We are also very happy that we could inspire so many people, it was like the audience drew a collective sigh of liberation.

Dr. Katarina A Karlsson who was in the audience said ” …it’s wonderful that it’s older women, it gives an extra quality , an extra depth to it; that it’s people who have lived long enough on this earth to have experienced birth and death, they have so much experience in their bodies and you can hear it in their voices”

EAM-composer Vanessa Massera was one of the participants in the festival and in her concert review she says:

“With its group of five elderly women, the choir directed by Isadora del Carmen is a statement on its own. It very directly addresses the following issues: to whom does art in fact belong? Who is entitled to the role of artist, who is credible as a performer? In successfully recruiting and musically training five elderly women with little to no musical background and who barely knew each other, Isadora has effectively challenged the common notion of accessibility to the stage, and has claimed the position of ‘artist’ for her choir members.

Should musical credibility solely stem from an academic or otherwise peer-approved upbringing? In solidly performing nearly 14 minutes of music on Atalante’s stage, Konst:it fiercly responds to that question with a resounding ‘No!’ As a member of the audience, I found it striking to see how focused, serious and dedicated these women happened to be. The group had remarkable complicity and coherence. It was obvious that they had reached a level of trust with each other which allowed them to display confidence and belief in their performance. They saw value in their work and wanted to share it with as much integrity as possible.

Isadora del Carmen has worked relentlessly on developing a pedagogic method which would allow her musicians to expand and tap into their own creativity and give them ever-growing artistic independence and self-expression. After only three months of wholehearted work as an ensemble, this debut
performance on the 28th of May is a solid case for the value of rendering serious music available to anyone who well wants to be a part of it. I’m curious, how loudly can such a statement be made? Konst:it’s further explorations are expected to resume this autumn…” 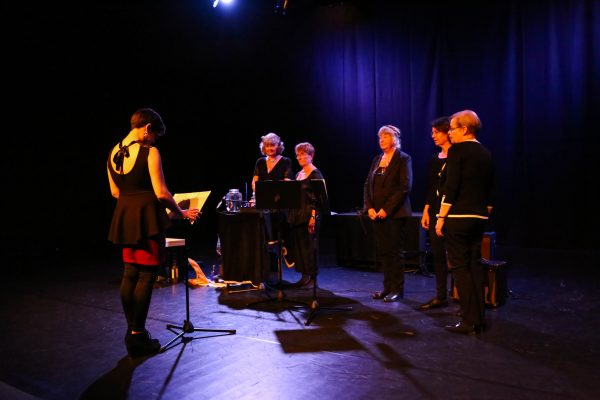 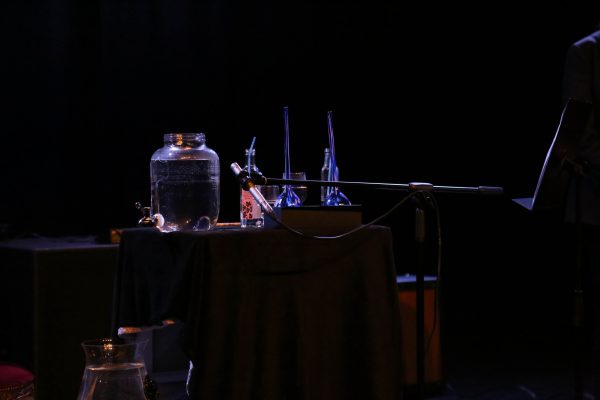 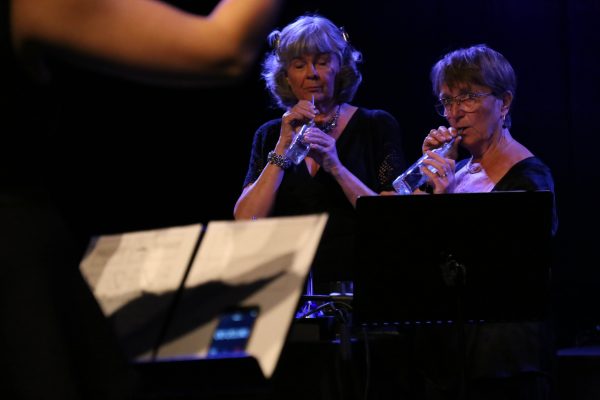 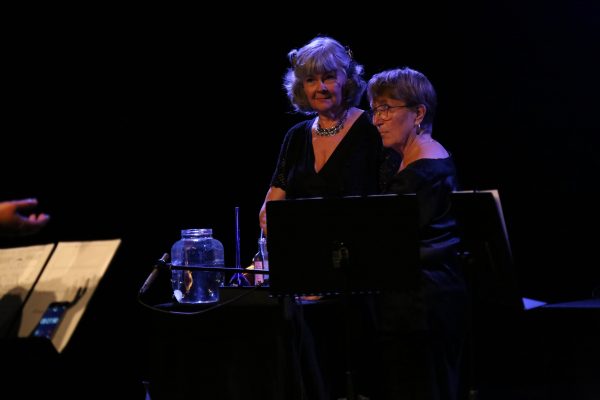 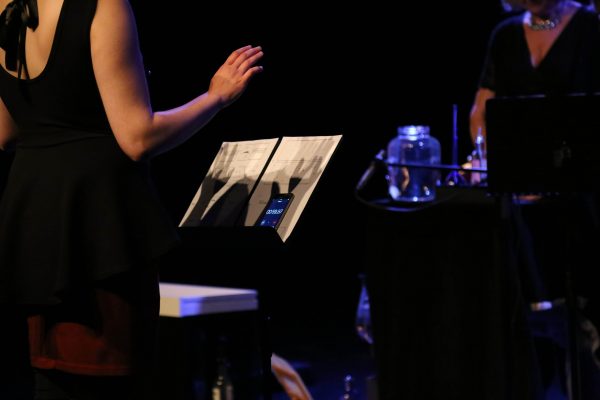 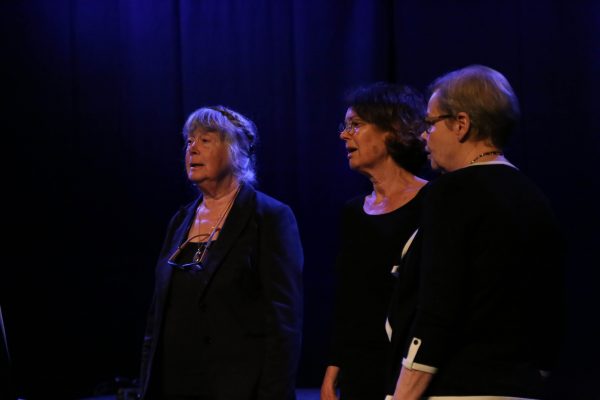 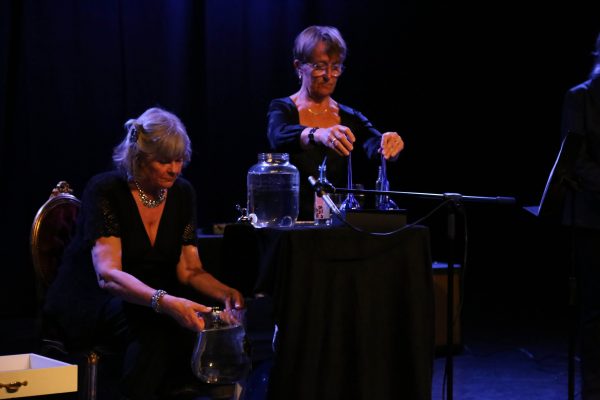 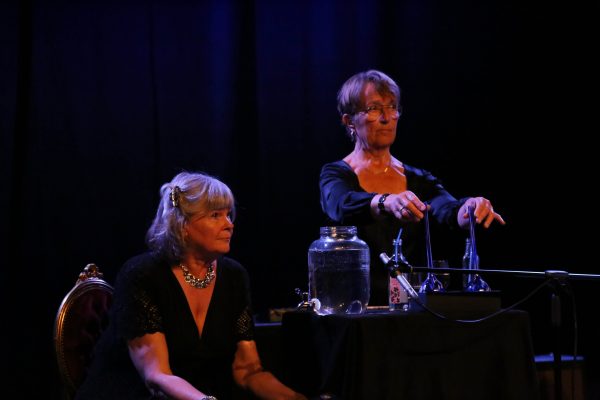 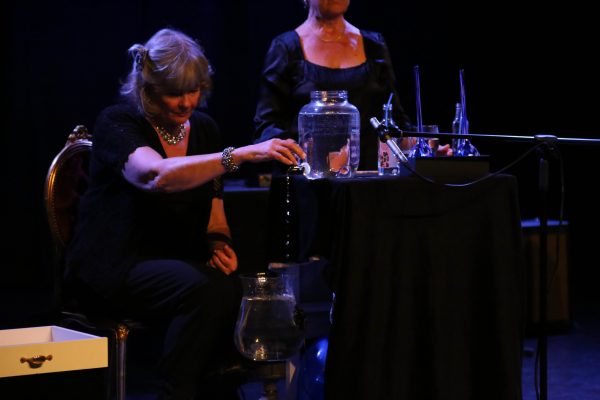 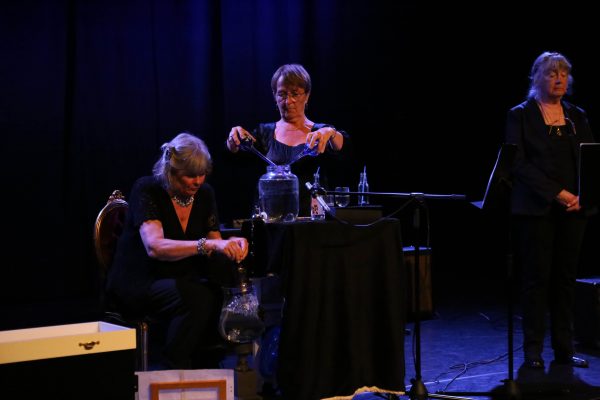 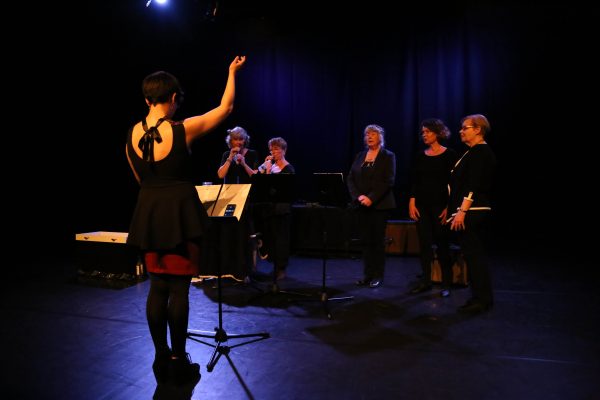 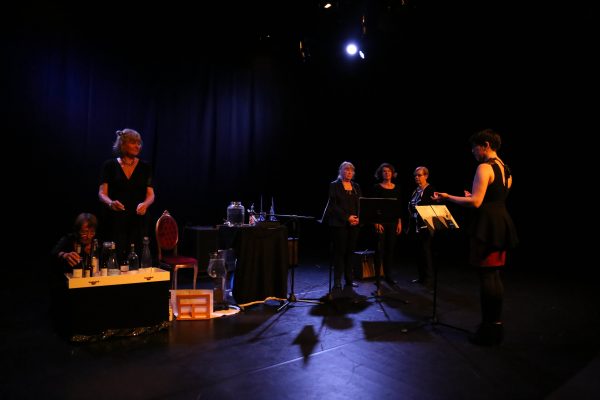 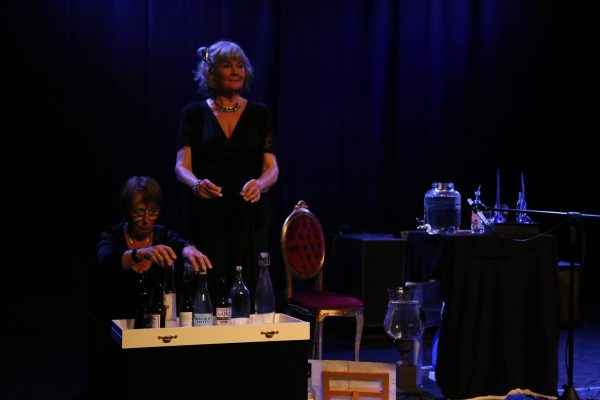 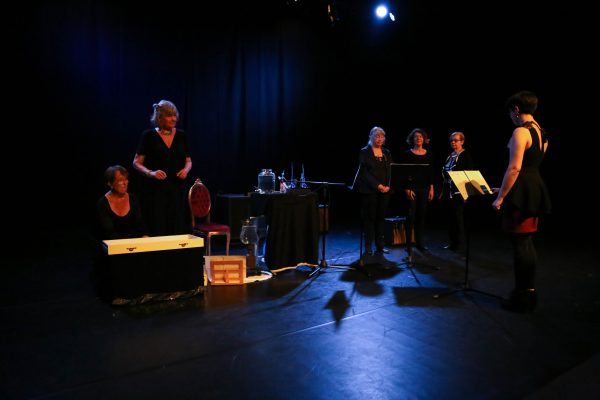 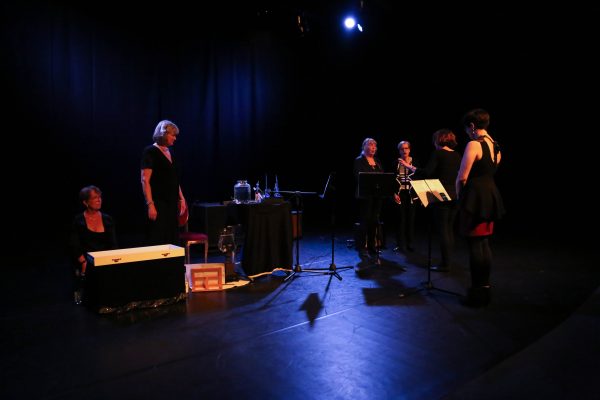 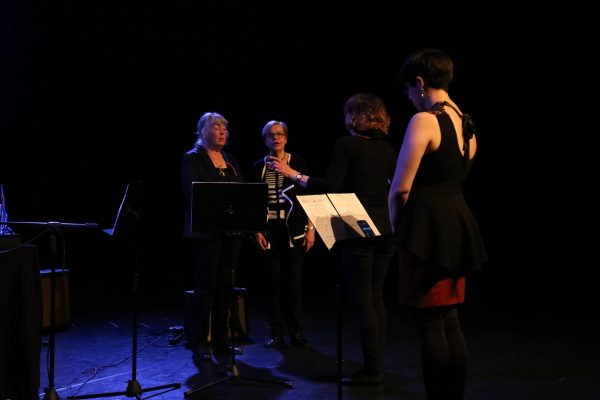 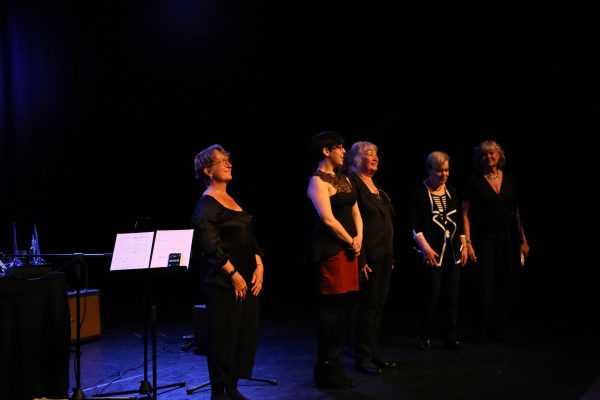 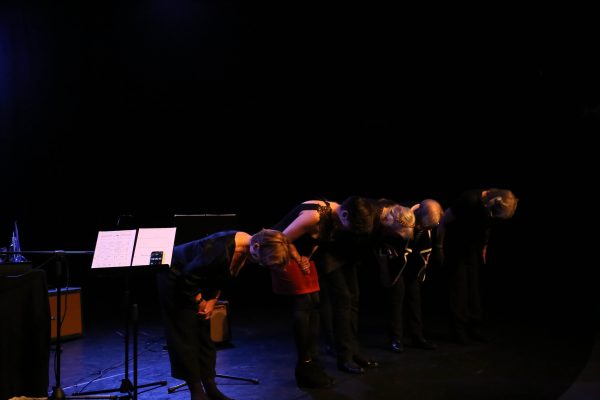 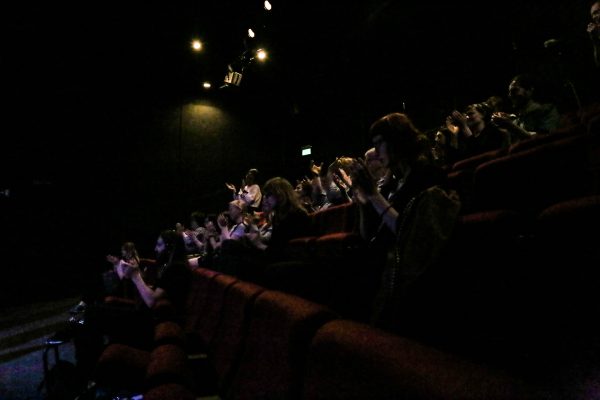